As already explained on the ‘Pop Smoke biography‘ page, Pop Smoke’s music career actually started by accident. In 2018, he was in the studio with friend and rapper Jay Gwuapo. After Gwuapo fell asleep because he was too high, Pop Smoke jumped in the booth to try rapping for the first time. He started making remixes to famous songs within the Brooklyn drill scene. One of these remixes would end up to be the first song that Pop Smoke ever officially released: MPR, a remix to Sheff G’s ‘Panic Part 3’. The song gained more attention than he thought, so he continued making music. The next song that Pop Smoke released was ‘Flexin’, in January 2019.

Everyone knows the story after that: Pop Smoke became one of the most interesting hip-hop acts in the last few years with his unique voice and powerful appearance. He made the bridge between the UK and New York drill scene and ever since that moment, Brooklyn drill has gone viral. He was only in the game for more than a year, but his impact on the music scene is enormous. Pop Smoke achieved a lot of things in a short amount of time and one of the most unique things was that he did it all by himself. Even though he might be gone, his impact and legacy will never go away. On this page, we explain everything about Pop Smoke’s music career and projects! Oh yes by the way, if you click on the song title you will find the lyrics of the song! At the ‘Pop Smoke lyrics‘ page, you can find all the lyrics to Pop Smoke’s songs. 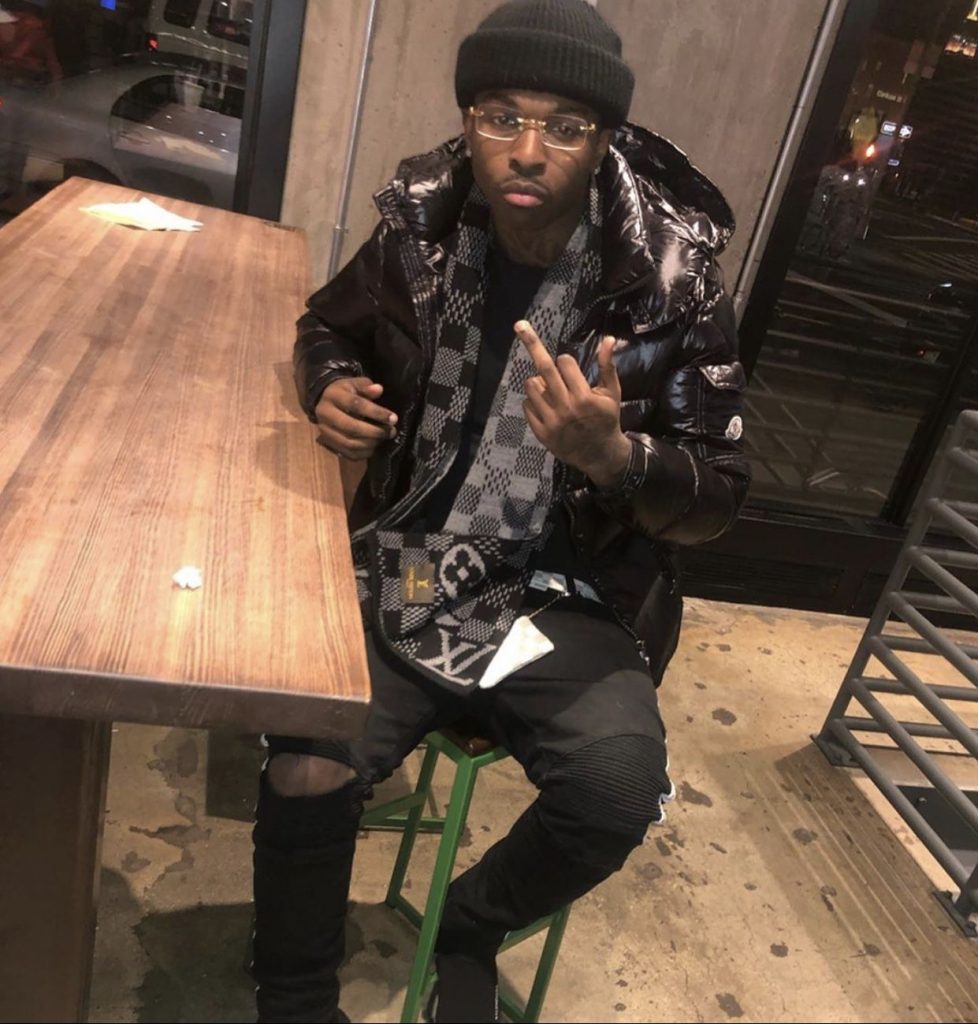 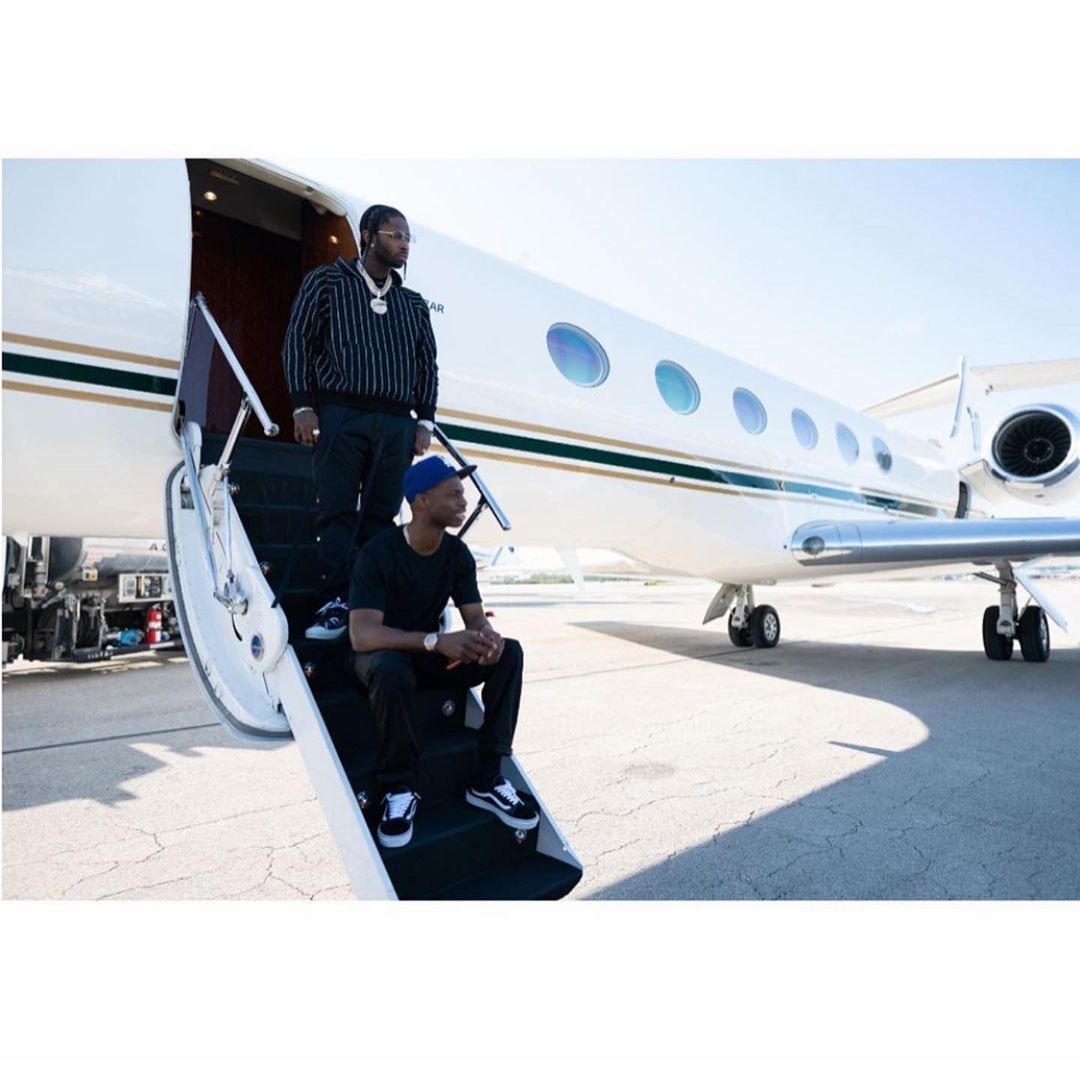 After releasing just two singles (MPR and Flexin’) Pop Smoke signed to Steven Victor’s label, Victor Victor Worldwide in April of 2019. He became friends with producer Rico Beats, who arranged a meeting with Steven Victor, owner of label Victor Victor Worldwide. At this meeting, Steven asked Pop how long he had been rapping. In fact, Pop only started rapping a few months before this, so he answered: ‘I used to sing before I started rapping. I used to sing in church.’ To prove this, he played the unreleased song what would end up to be ‘Something Special’ for Steven. This showed early on that Pop was destined to be a great artist.

Soon after this meeting a masterplan for Pop Smoke’s music career was created together with Steven Victor: they decided that Pop would first release multiple mixtapes that were focused on the hard Brooklyn drill sound, so that Pop would be the leader of this new movement. Once Pop was a well-established star, he would release a debut studio album that would surprise the whole word: the album would not only contain drill songs, but also more ‘singing’ R&B type of songs. But to reach that stage, Pop would first have to make hits and make a name for himself in the rap scene.

On April 23, 2019 one of first steps of the masterplan was carried out: Welcome To The Party was officially released, the song that would give Pop mainstream success. It was one of the hottest singles during the summer of 2019 and it was streamed all over the world. The song gained further fame due the two official remixes that were made: one featuring Nicki Minaj and one with British rapper Skepta. The first part of the plan went better than everyone ever expected, because Pop gained more attention and fame than they could imagine at such an early stage.

On July 26, 2019, Pop Smoke released his first music project with his debut mixtape: Meet The Woo. The mixtape contains nine songs. The deluxe version was released on September 13, 2019 and the deluxe contains 11 songs, with the two remixes of Welcome To The Party added to the mixtape. The mixtape includes the hit singles Dior, Welcome To The Party and PTSD. Meet The Woo is executively produced by 808Melo. What is rather special about this music project, is the fact that the mixtape doesn’t contain a single feature from another artist (excluding the remixes). This mixtape introduced Pop Smoke to the world and it showed how much talent he had. 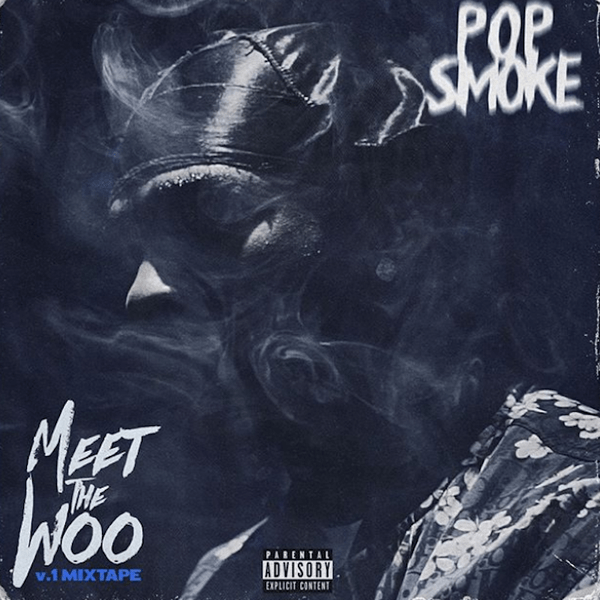 On February 7, 2020, Pop Smoke released the sequel of Meet The Woo with his second mixtape: Meet The Woo 2. This mixtape, compared to the sequel, includes features from several (big) artists: Lil Tjay, Quavo, A Boogie wit da Hoodie and Fivio Foreign. On 12 February, five days later, the deluxe version of the mixtape was released with three more songs featuring NAV, Gunna and PNB Rock. The project only featured artists who Pop was really cool with. The mixtape was received well and it debuted at number 7 of the US Billboard 200 with 35.000 units sold in its first week. It was the last music project that was dropped before Pop Smoke’s unfortunate death. In fact, only 12 days after Meet The Woo 2 dropped, Pop Smoke was tragically murdered. It’s a shame that he didn’t get the chance to fully enjoy the release of the mixtape and to experience the success of it.

Shoot For The Stars, Aim For The Moon

On the 14th of May of 2020, Steven Victor announced that Pop Smoke’s debut studio album would be released on June 12, 2020. 50 Cent gained interest in finishing the album for Pop and he wanted to executive produce it. Steven Victor couldn’t bring it up to himself to listen to Pop Smoke’s music after his death, but 50 convinced him to continue working on it so, just like Pop always wanted, that his debut album would be released during the summer. Steven explained that 50 didn’t charge anything for his work and time working on the album. This really shows how much respect 50 Cent had for Pop Smoke, which is a great thing so see since he was one of Pop’s biggest inspirations.

With 50 Cent as executive producer, Shoot For The Stars, Aim For The Moon was supposed to be released on June 12, 2020. Due to the death of George Floyd and the Black Lives Matter protests, the label decided to release the album at a later moment out of respect. Instead, the lead single of the album ‘Make It Rain’ featuring Rowdy Rebel was released on June 12.

Shoot For The Stairs, Aim For The Moon was eventually released on the 3rd of July. Complex has written an interesting article on how every single song on this album came to life. It is a rather long article which takes a lot of time to read, but it is definitely worth your time if you want to know more about the songs of the album. The album features a lot of guest appearances from other artists: Quavo, Lil Tjay, Lil Baby, 50 Cent, Roddy Rich  Future, DaBaby, Rowdy Rebel, Swaa Lee, Karol G, Tyga and King Combs were featured on the album.

The album was received extremely well, not only by critics but also commercial wise. Pop Smoke’s debut album debuted on number 1 of the Billboard 200 chart with 251.000 album-equivalent units in its first week. Pop made history with this: he is the first hip-hop artist who posthumously debuted at number 1 of the Billboard 200 chart with his debut album. On July 20, what would be Pop Smoke”s 21st birthday, the deluxe version of the album dropped with 15 new songs and features from the likes of A Boogie wit da Hoodie, Burna Boy, Gunna and Young Thug. The album would end up as one of the biggest and most successful (hip-hop albums) of 2020. Shoot For The Stars, Aim For The Moon currently has more than 2.100.000 equivalent album units sold.

Full tracklist Shoot For The Stars, Aim For The Moon: 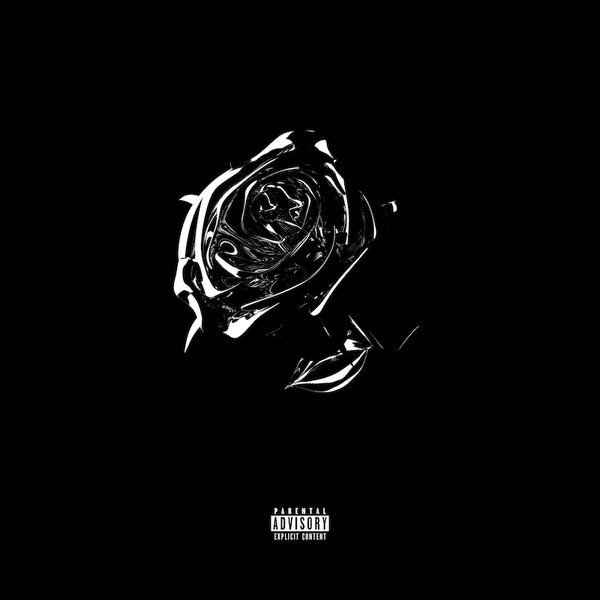 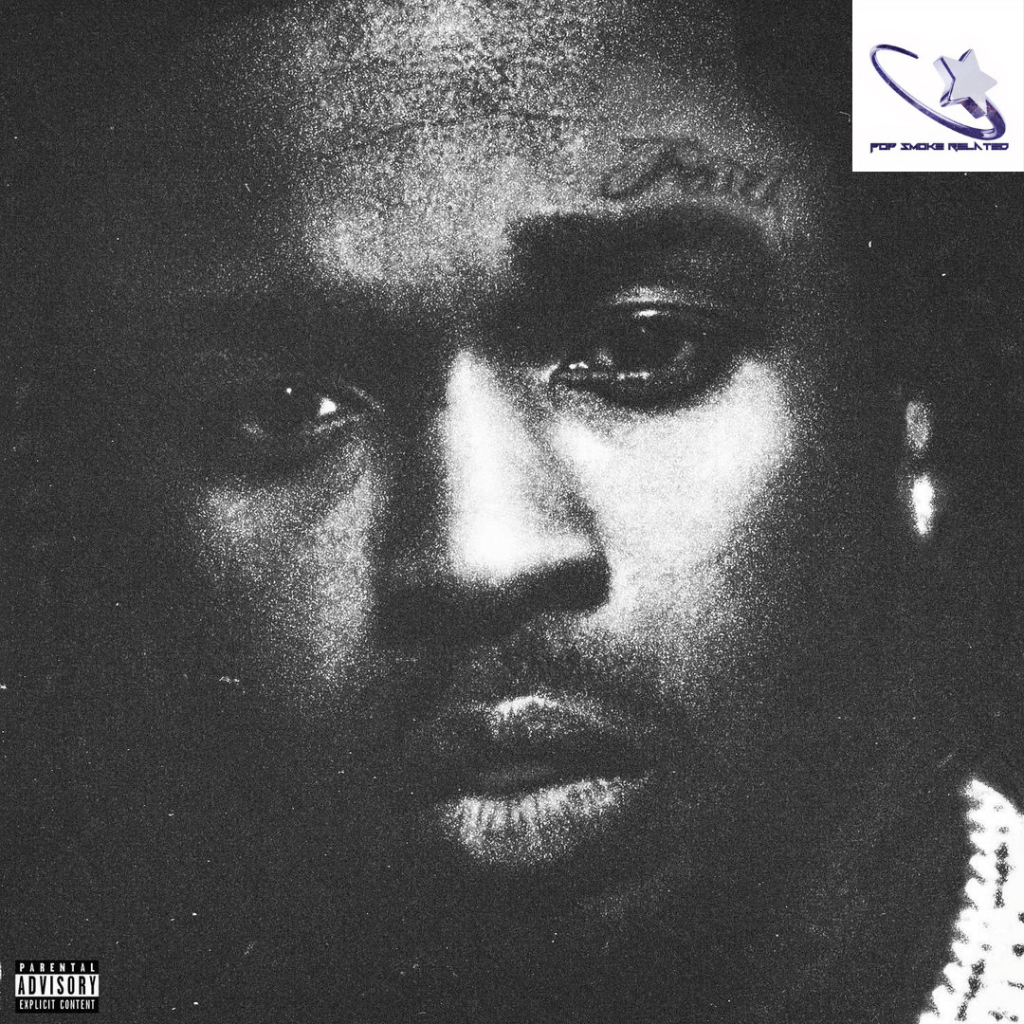 On July 16, 2021, Pop Smoke’s second posthumous album ‘Faith’ was released. This album consists of a lot of features. The reason for this was that the most songs weren’t completely finished, which would mean that most songs, without features, would probably have a duration of around 55 seconds as Rico Beats mentioned to a fan on his Instagram post. The original album had 20 songs and received a lot of backlash from fans. Most fans had the opinion that the album had too many features and that the beats weren’t top tier. One of the main reasons for that was because 808Melo was left out of the project. As a way to fix things, the label dropped 4 songs on July 21 and announced that they were working alongside 808Melo, YozBeats, Swirv and Obasi to make sure that the deluxe would be fixed.

Besides the three music projects, Pop Smoke’s music discography also contains a range of singles and features with other artists. The journey of Pop Smoke’s music career started with his own singles ‘MPR’ and ‘Flexin’. One of Pop Smoke’s most famous collaborations is with Travis Scott on the song ‘GATTI’. As Pop Smoke only wanted to collab with artists that he was really cool with, you won’t see a whole list of Pop Smoke features.

Pop Smoke’ first musical appearances after his passing were two features: one on NAV’s ‘Run It Up’ and one on Lil Tjay’s ‘Zoo York’ which also featured Fivio Foreign. Both songs were released on May 8, 2020, almost three months after Pop Smoke’s unfortunate passing.

You can take a look at all the singles and features of Pop Smoke’s music career below this page, in chronologic sequence. Songs that ended up on one of Pop Smoke’s three music projects are not included on this list. The list will be updated as soon as new Pop Smoke music is released. The latest song featuring Pop at the moment is ‘Burner on Deck’ featuring British rappers Fredo and Young Adz. The latest songs with Pop as lead, are the songs from Pop Smoke’s second posthumous album: Faith.

Songs with Pop Smoke as lead