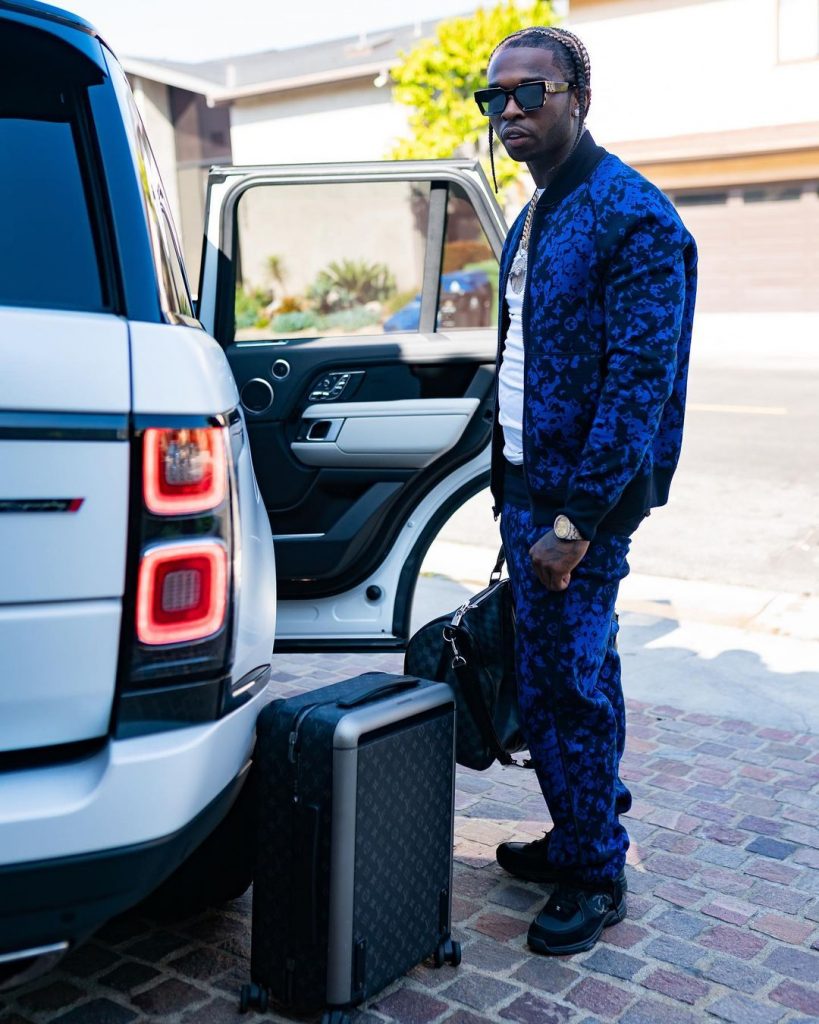 Pop Smoke was gunned down by a 15-year old kid

It’s been more than a year since Pop Smoke, born as Bashar Barakah Jackson, has been murdered in Los Angeles. On the 7th of May, at a preliminary hearing for Corey Walker, one of the suspects in the murder of Pop Smoke, new details emerged about what happened the night of Pop Smoke’s killing. One of the biggest and most shocking details is that Pop Smoke was gunned down by a 15-year old kid. The group of intruders who entered the house were bent on stealing Pop’s jewelry, specifically his bust-down Rolex.

The group also tried to steal his Cuban link chain, but they only managed to steal Pop’s Rolex. A detective testified that the intruders later sold the watch for just $2,000. The 15-year old kid who pulled the trigger is the youngest of the four defendants who are now facing murder and robbery charges in this case. The shooter allegedly admitted his role in the killing of Pop Smoke during a recorded interview with a cellmate at a juvenile detention center last May.

LAPD Det. Carlos Camacho testified Friday (May 7) at a preliminary hearing for a different suspect, Corey Walker, 20, the sole adult defendant in the high-profile prosecution, that the 15-year old shooter admitted that he shot Pop Smoke three times with a Baretta 9 (mm.). He also admitted that they asked for the jewelry and then got into a confrontation with Pop Smoke. “They got into a fight, and he shot him three times,” Camacho said, citing the youngest defendant’s recorded jail interview. “He said he shot him on the back.”

The sole adult defendant in the case, Corey Walker, has pleaded not guilty. However, Detective Camacho testified that Walker similarly confessed to his role in the murder during a separate, secretly recorded jailhouse interview with a different informant placed in his cell after his July arrest. During this interview Walker allegedly admitted the group used ski masks, gloves and a police scanner in order to evade detection.

“He said that when the individuals got inside, the suspects confronted Pop Smoke, who was at that point in the shower naked,” Camacho testified.

During the recorded conversation in his jail cell, Walker allegedly said that the teens inside the home demanded Pop Smoke’s jewelry, which he was still wearing, and even said ”thank you” when it appeared he was complying, Camacho said.

But Pop Smoke decided to fight back and “rushed” the intruders, who “pistol whipped” him before the 15-year-old suspect shot him in the chest, Camacho said, citing Walker’s account.

The public testimony of Pop Smoke’s murder case started on Thursday with two detectives of the Los Angeles Police Department giving the first detailled account of what allegedly happened inside the mansion when Pop Smoke was murdered.

Detective Christian Carrasco testified Thursday that a woman who was with Pop Smoke in the rented home’s second-story bedroom recalled seeing a group of men storm through curtains from a balcony accessible by a backyard staircase. One of the intruders allegedly pressed a black semi-automatic firearm to her forehead and shouted, “Shut the fuck up. Do you want to die?”

”The female then heard a struggle coming from the shower area and heard Mr. Jackson screaming. Mr. Jackson ran out of the bathroom and then she heard a loud pop and [heard] Mr. Jackson fall to the ground,” the detective said. When Pop fell on the ground, two of the intruders began to kick him according to the woman’s testimony.

“Mr. Jackson gets up and runs downstairs. She hears two more pops,” the detective said on the witness stand. “She follows Mr. Jackson, sees him on the ground and screams for Michael (Durodola also known as Mike Dee) to call 911.” The woman told police she believed the men stole Jackson’s “large gold watch” and other jewelry before fleeing.

After Pop Smoke was shot, doctors rushed him to Cedars-Sinai Medical Center for a major surgery called a ‘left thoracotomy’, which basically means that doctors opened up his chest in an attempt to save his life. Unfortunately, his life couldn’t be saved and Pop Smoke was declared dead.

If convicted as charged, Walker would be eligible for the death penalty, the Los Angeles County district attorney said. The punishment for the three suspects, including the 15-year old kid who shot and killed Pop Smoke, is not clear since they were determined as minors by the judge.

As a huge Pop Smoke fan myself, I got extremely sad and also furious after finding out the details about the last moments of Pop Smoke’s life. Words cannot express the anger and sadness that I’m feeling right now. It is sad to realize that Pop was killed over some jewelry and what’s maybe even worse, is the disrespectful way Pop was killed: the intruders kicked him while he was down on the ground after being shot and they attacked him when he was vulnerable and alone. Let’s hope that all the people involved in Pop Smoke’s killing receive the punishment that they deserve. They didn’t only destroy their own lives, but also took away a young legend from the world. Rest in peace Bashar Barakah Jackson, we will never let the smoke clear.

This news article is based on two articles from the New York Daily News.