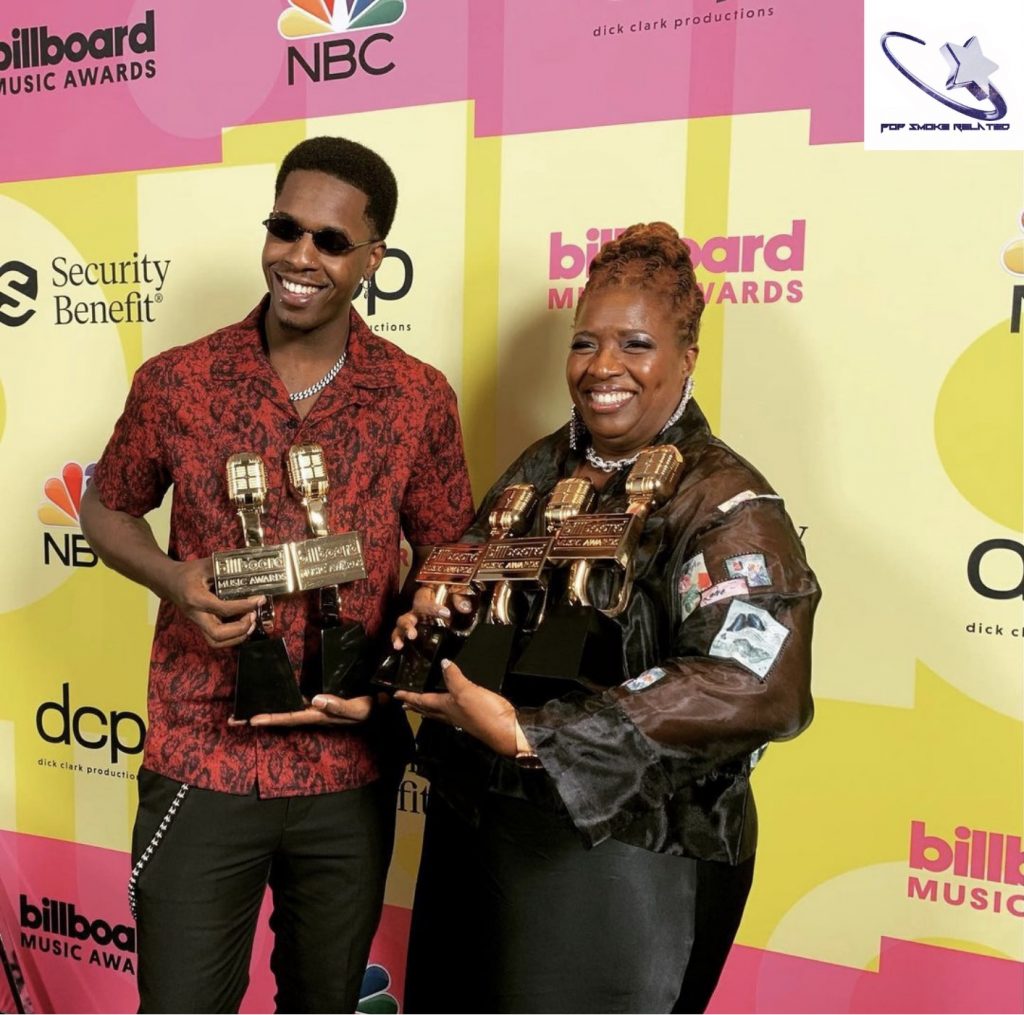 Even though Pop Smoke is unfortunately not longer with us, he keeps on proving to the whole world what he could achieve and that the sky was never the limit: last Sunday, Pop Smoke won 5 (!) awards at the Billboards Music Awards. Pop Smoke won the following awards:

Pop Smoke beat an impressive group of artist and albums to win his awards. Other albums that were also in the race for the Top Billboard 200 Album award were Juice WRLD’s Legends Never Die, Lil Baby’s My Turn, Taylor Swift’s  Folklore and The Weeknd’s After Hours. It is amazing to see that Pop received the recognition that he deserves by winning this awards.

Pop Smoke’s mom, Audrey, and his brother, Obasi, took the stage to accept Pop’s award for Top Billboard 200 Album. During the acceptance, Pop Smoke’s mum put out some beautiful words. You can find her speech down below.

“I thank you to the fans for honoring the life and spirit of my son, so much that he continues to manifest as if he were still here in the flesh. “e created music for the kid who has to sleep four in a room, the kid who has to figure out how to get to school each day so he can graduate and make his mom proud. He did this so that 14-year-olds would not have to kill to prove they are somebody.”

“That is the irony in this, so thank you to the Billboard Awards leadership for honoring my young warrior. Bashar Barakah Jackson, we call your name.”

You can see the beautiful speech on the Pop Smoke Related Instagram page, but you can also watch the speech down below.